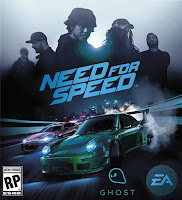 Let's be real, Burnout Paradise came out in 2008 and it is still the undisputed greatest open-world racing game of all time.  Need for Speed 2015 doesn't change that.  It doesn't even come close.  Criterion, the developers who made Burnout Paradise were bought up by EA some years back and made Need For Speed: Most Wanted in 2012 which came closer to recapturing that old magic than this new game does.  But Criterion doesn't really exist anymore and now chasing the ghost of Burnout Paradise is EA's new studio Ghost.  The result is a game that tries to strike a balance between that bombastic, over-the-top spectacle of Burnout Paradise and the gritty, tuner-centric realism of EA's Shift games.  The game is simultaneously brilliant and stupid and frustrating and gorgeous.

Right off the line I found that the sound is the best part of Need For Speed.  I'm a big drum and bass fan, and the soundtrack is rife with some fantastic D&B tunes.  The score for the game was done by none other than Photek and the licensed soundtrack has a very eclectic, modern and deep mix.  I mean, they got that Rio song by Netsky 6 months before it was even released! 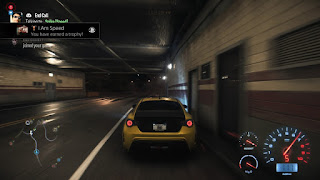 Visually, Need for Speed is downright resplendent.  That's if you like the color palette of blue and pink.  The production designers did an amazing job of creating an entire city with distinctly different districts and areas that all look unique and yet mesh perfectly into a cohesive color and design palate.  The game operates on a unique dusk/dawn cycle rather than a full day/night cycle.  Which means like it or not, you'll be driving at night for the entire game.  At the end of the night you'll crest a hill and see dazzling sunbeams dancing through the tree branches as the sun rises.  Moments later the sun will sink back below the horizon and plunge you back into eternal evening.  The darkness may get a bit monotonous, but there's no denying that the wet pavement reflecting back your tail lights as you drift around corners in the middle of a dark and rainy night is atmospheric as hell. The car models are impeccable and between body kits and decals, the amount of customization you can perform on them is outright daunting. 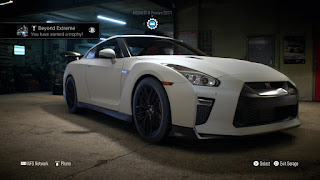 You just can't talk about the visuals in Need for Speed without mentioning the cutscenes.  Attempting to weave a narrative between all of the races and cop chases Need for Speed employs live action cutscenes shot from the first-person perspective.  The cutscenes look fantastic.  The lighting, set design and the actors all look spot-on as if they belong in the world you've been racing in and extra touches of seeing your customized car composited into the middle of a scene fuse the two elements well.  It's admirable from a technical perspective.  That being said, the cutscenes are terrible, and not in a good way.  The actors did their best with the material and direction they were given but it all boils down to the writing and the fact that there are just too many characters.  The narrative just kind of fizzles and doesn't really go anywhere despite having some early potential.  The gameplay presents a compelling reason to have five main characters in that each character represents a particular style/aspect of racing, but it's too much to actually build any kind of meaningful character development. Ultimately the biggest problem with the cutscenes is that they ride the line.  On the one hand, they could have leaned hard on the realism spectrum, get some racing consultants and portray street racing as accurately as possible.  Early on, the game does a good job building tension around the group's suspicion of who could be the outlaw in town baiting cops into chases, causing trouble for all of the other street racers.  More of that and less fist bumping, energy drink tossing, bromides could have been something special. On the flip side, they could have gone back to the Razor Callahan camp-fest from Need For Speed: Most Wanted (2005) and just get wacky and ridiculous with it.  Need for Speed 2015 feels like they couldn't decide how to tackle it so they just toed the line which isn't what anybody wanted. 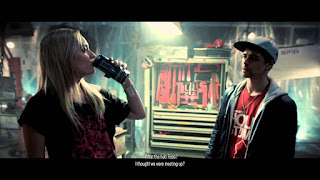 I would have also liked to have seen a bit more interactivity with the characters.  Not only are there cutscenes but lots of phone calls and voice messages while you're driving around.  Typically after every race the organizer calls you to commiserate or congratulate.  But it would have been a cool touch to include some sound bites for specific scenarios like banging up your ride beyond recognition or getting set upon by the cops and escaping by the skin of your teeth.  Just a quick throwaway line to acknowledge the crazy shit that just went down would have gone a long way. 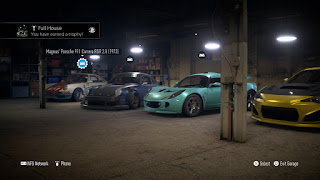 The amount of style oozing out of Need for Speed isn't necessarily all that surprising.  All of the EA racing games from the last few years, whether they be from the Need for Speed series or the Shift series have had amazing sound design, art direction and production design.  Need for Speed 2015 doesn't deviate and unfortunately, when it comes to gameplay it also doesn't drift too far from the others.  Much like its predecessors, driving cars in Need for Speed just feels…off.  It's tough to qualify exactly what is going on under the hood here.  In the game's garage you have the opportunity to tinker with everything on your car.  Swap out tires, change the amount of downforce coming off your aerokit, adjust your suspension, soften your sway bars, but no amount of tuning ever left me feeling completely satisfied with the way my car performed.  The game lets you vacillate between drift cars and grip cars and you can change your road-hugging, earth-shoveling grip monster into a loosey-goosey, side-winding high plains drifter whenever you want.  The developers even included a handy slider you can use to change from grip to drift (or any point in between) if adjusting all of the minutia is too overwhelming.  After all that,  however,  none of it ever seemed to gain traction.  I tried buying better cars and tuning the shit out of the ones in my stable but in the end, every time I'd go out for a ride that dope-ass feeling of driving like unassailable hoonigan was deflated by one or more of the following:


I wanted to love Need for Speed. I wouldn't go so far as to say it’s a bad game.  It has so many shining positives but ultimately it has too many gameplay issues holding it back for it to be great.  I could feel my enthusiasm slipping like tires on wet pavement, but I hope Ghost gets the opportunity to rev up a sequel.  With tweaks and a bit more polish Need for Speed 2 or whatever the hell they would call it could be seriously dope.
Email Post
Labels: Video Games