Welcome to The Neopologist(!) the personal site of Ahren Sievers also known as DJ Thick.  This site is and always has been, through all its iterations, a repository for my thoughts, words and inspirations.  It's an online platform that I (for the most part) control. That isn't (intended to be) monetized or scraped or fed in to some nefarious social network.

I coined Neopologist, as in Neopology which to my mind is a combination of anthropology, the study of humankind and ‘neo’ as in the future.  Neopology seemed like a good name for the study of the future and I consider myself a bit of an armchair futurist. 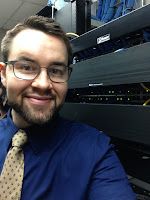 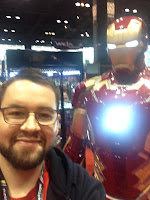 I am a bit of a trichotomy.  I am a technologist and librarian by day.  I wear a tie (or at least I used to, pre-COVID), listen to jazz and minimalist EDM and drink scotch.  I am also a huge nerd.  I play and collect video games, I built my own Linux-based Plex server, I collect comic books and watch Star Trek.  Lastly, I’m a drummer and a DJ who loves mountain biking and skateboard culture.  I like going to hip hop and punk shows and drinking craft beers in my board shorts.

I’ve struggled for the last 20 years to reconcile my three different personalities, but I still tend to silo them.  My work life is almost completely separate to the point that I have co-workers that I’ve worked with for over a decade that barely know anything about me (although a quick Google search would bring them right here to this site if they truly cared).

Things have improved a bit for me in that department during COVID as we’ve all discovered that nothing really matters and subtlety has officially had it’s day.  So I’m starting to get more comfortable smashing the various aspects of my personality together and also adding a mindful, emotionally honest, fitness nut to the mix as well.

Revamping The Neopologist plays into my desire to be a bit more forthcoming about who I am.  I’ve developed a bad tendency to try to play it mysterious and downplay what I do and what I like.  So I’m going to try to turn that around and own the trichotomy.

It’s like Evidence said “Things I never thought about/Trying to be elusive and in the process get forgot about.” 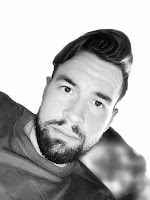 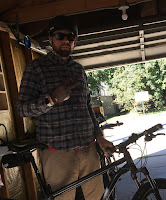 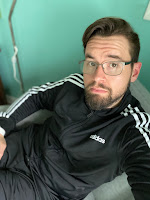