This Week in Technology 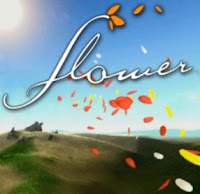 I thought I was all done talking about Flower (PSN), until I saw this article and it made me laugh.  It's not that the article was bad, quite the opposite in fact.  Clive Thompson's look at Flower makes some really good observations, but it made me think of something that I forgot to mention in my initial write up.  I always used to laugh at my classmates in all the college lit classes I took (and I took quite a few).  Whenever the professor would ask "what is this book about?", no matter the book, you would always get someone raising their hand and saying: "It's a commentary on the Industrial Revolution."  Not to say that they were wrong, it's just that it became the default, fail-safe answer for any novel.  It's a commentary on the Industrial Revolution.  After reading Clive Thompson's article and listening to some of the other interpretations of "the meaning" of Flower, I couldn't help but laugh.  Flower is a commentary on the Industrial Revolution.

In other news, I am finally starting to feel like Facebook has reached critical mass.  I'm not citing any numbers or anything tangible, but rather this is from my personally subjective point of view.  Now that my boss and co-workers have joined Facebook, I feel like the only thing left is for my parents to join and the nail will be in the coffin.  In the past, I have read articles about how social networking sites "jump the shark" as it were and the mass exodus begins.  Friendster was abandoned, and a lot of new Facebook users are ex-Myspace users.  I like Facebook, in terms of function and design, so I don't want to abandon it, but I feel like there are more people on Facebook that I don't want to interact with than people that I do want to interact with at this point.  I'm not planning to go anywhere, but I wonder if Facebook will ever fail.  Will people jump ship the way they did with Friendster?  Will something cooler come along and lure us all away?  Or will people just leave Facebook because it's no longer cool?  I imagine the latter will happen regardless.  The dynamics of social networking sites is fascinating and ridiculously stupid at the same time.
by Ahren Sievers at 8:09 PM
Email ThisBlogThis!Share to TwitterShare to FacebookShare to Pinterest

Heh, my mother has joined FB, mostly to connect with some of her friends she's made through a stamping/crafts message board site. I'm not sure how she manages to use FB on their Triassic-era dialup connection, but yeah.

I'm waiting for google to come out with its own social networking site.
"Gmail users UNITE! All power to the Gmailers!"

They have. www.orkut.com I just joined last night. So far it's not super awesome.