This Week in Technology

This Week in Technology has been an interesting one. My time has been increasingly devoted to video games. Most notably Flower for the PSN. Released last week, I didn't actually pick it up until the weekend. A fitting Valentine's Day purchase. I played through the entire game over about two or three sessions. With only 6 (technically 7) levels, it's a pretty short experience. Despite that, or possibly because of it, I enjoyed the game a lot. While I was initially skeptical about the controls at first (the game uses Sixaxis "tilty" controls exclusively), I was able to get the hang of them by the second level or so. While I still feel that being able to play the game with the analog sticks would be nice, the Sixaxis use was not a deal breaker.

[video]
In the end, I was driven to keep playing Flower just to get the trophies that are available. There are 14 trophies to pick up and most of them are fairly easy. The ones that are difficult have easy workarounds. There is even a trophy you can pick up by not playing the game for a week. Which is partly why I dropped the game like a bad habit after beating the final level. I will pick it up again on Sunday, get my "Welcome Back" trophy and one other that I missed, and then probably only revisit the game when I'm feeling stressed out and need a game to facilitate chillaxing.

I have been hearing mixed reviews about Flower. Some of the guys over at Giantbomb.com seem to despise it for it's saccharine pretension. Personally, I think the game is gorgeous, calming and engaging. Really the only reason I call it a game is because of the trophies. The game plays like part sandbox/tech demo, part roller coaster/interactive experience. One thing is for sure, there is nothing quite like it available right now. Yes, I agree that it is a bit pretentious, but there are not a whole lot pretentious games out there, so I feel like there's room for one more. When you mention pretentiousness and games, my mind generally goes to the Metal Gear Solid series first. I've also heard that Braid is another good example, but I have not played it. I feel like there is a place for it. Metal Gear is totally pretentious, but that doesn't mean that they are bad games. Some people might be turned off by it, but at that point it's about personal preference and perception. Anyway, I enjoyed Flower. It is one of those games that I will return to every now and again, and I hope that they plan some additional downloadable content at some point along the way. 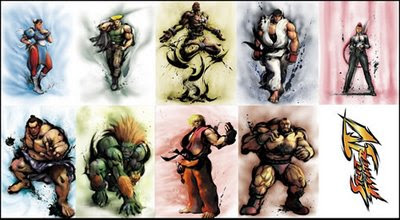 Having had my fun with Flower, my attention is now turned fully to Street Fighter IV. I've been playing Super Street Fighter II Turbo HD Remix for a couple of weeks now, but with the launch of SFIV last night, I am now fully pumped. I ordered my copy from Amazon today, and am hotly anticipating it. I haven't been this psyched for a fighter since Tekken 5 (which I have still never had an opportunity to play). I haven't played a Street Fighter game in any serious way since 1994, but the other night I even had dreams about Street Fighter. Tired of watching the fighting game scene pass me by, I am now in a full-on effort to buff up my skills so I can compete online. I've heard that SSFIITHDRemix is the best way to prepare for Street Fighter IV, so here's hoping.
In other, non-video-game-related-yet-equally-nerdy news, I have been hitting up Twitter quite a bit lately, ever since the recent holidays. I see a lot of resistance towards Twitter. People seem to just have a predisposition that Twitter is dumb and it reminds me a lot of the irrational stigma against Windows Vista. I have found that Twitter is awesome, but there are two factors that are kind of key.

I would say that at this point I use Twitter more than Facebook, which is saying quite a bit.

Lastly, I've been thinking a lot about building my own computer, lately. I have never actually built a computer before, and have never really wanted to. I work with computers everyday, so the last thing I want to do with my free time is use it to log more hardware time. The thing about this computer is that I want to build a Mac. More specifically, I want to take an old Mac chassis and put the guts of a new Mac into it. I have always loved the PowerMac Quicksilver and the PowerMac Mirror, but they came out during the G4 days and now, with the release of Snow Leopard and iLife '09, Apple is starting to drop support for the old PowerPC chipsets. So the thought occurred to me, why not have the best of both worlds? 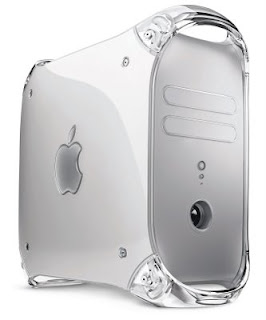 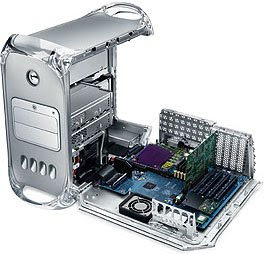 I found the record of a few projects, but I was promptly reminded by my wife that I don't "need" another computer. Maybe someday, but for now this one gets shelved as a pipe dream. Sigh.
Email Post
Labels: Technology What's Cool

Anonymous said…
Did Flower leave you with a "powerful emotional respnose" as the video suggests should happen to anyone who plays the game? Sounds like a bunch of hippies to me.. ;)
10:58 AM, February 19, 2009