I'm putting this out there because I Googled "Nuclear Punching Match" in quotations and nothing popped up.  Now, hopefully whenever someone searches this in the future it will send them here.
Hi!  Welcome to Super. Mega. Ultra.  Feel free to peruse the old posts or click on some of the links in the "This Just In..." section. 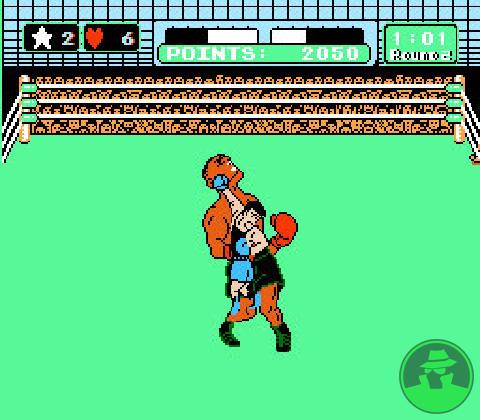 by Ahren Sievers at 9:23 PM
Email ThisBlogThis!Share to TwitterShare to FacebookShare to Pinterest

Live Action Ghost in the Shell?

Just in time for Cyberpunk Month comes news that Dreamworks has acquired the rights for, and plans to make, a 3-D live-action Ghost in the Shell movie.

Boiled down to the essentials, GITS (as the kids call it) takes place in a world where humans and computers have finally taken the final step of convergence. Most people are augmented with cybernetic implants but some have completely replaced their organic bodies with prosthetic ones. The show itself revolves around a SWAT Team-esque special unit of police that specializes in cyber-crime.

Starting as a manga (Japanese comic) in the late 80's and adapted into an full-length anime in 1995, the original Ghost in the Shell movie was widely hailed by anime freaks as a masterpiece but largely went overlooked until The Matrix was released in 1999. The movie's visual presentation of data and information along with its' existential dialog was highly influential on later works of cyberpunk, most notably The Matrix.

Since then, a mini-renaissance occurred with a spin-off/alternate storyline TV series in 2002, which spanned 2 seasons and it's own movie, as well as a proper sequel to the original movie, released in 2004.

Dreamworks was actually the distributor for Ghost in the Shell 2: Innocence, but they still haven't released an English dub for it. You have to understand that throughout all of the movies and TV seasons, Ghost in the Shell has had largely the same cast of American voice actors doing the English dubs and they have always been top-quality (a rarity in the industry). So not getting the English dub going on 5 years after release is pretty lame and doesn't set a great precedent for Dreamworks.

As far as making a live-action movie, I'm not going to get all up in arms about it. I'm not sure that this is going to make the greatest of Hollywood fare, but if the visual style and action stays consistent it will at least be entertaining. The area a film like this is likely to fall short in is the plot, which consists of philosophical existentialism that is tantamount to the action of the originals. Polysyllabic dialog and questions of reality might make audiences' eyes glaze over faster than Neo's conversation with The Architect.

Jamie Moss, who penned the recently released Street Kings, is set to write the script. I haven't seen Street Kings yet, and he has no other entries on his IMDB page, so it's kind of a crapshoot.

My advice would be to stick with the Puppet Master storyline. It's tried and true and embodies the heart of what GITS is all about. It will be interesting to see if it takes place in Japan or L.A. and whether or not the characters and character names will be changed. If they keep the characters I hope they don't focus too much on Motoko. Striking a narrative balance with the other teammates was a great move on the part of Stand Alone Complex.

Things I dig: The Matrix trilogy constitutes my favorite movies of all time. A sequel is pretty much out of the question, but this might be the next best thing. It will definitely look totally sweet.

Things that suck: Dreamworks is not exactly a seal of quality assurance, this shit could still suck hardcore. The involvement of Avi Arad has me worried (Spider-Man, X-Men, Fantastic Four all pretty much sucked but were visually impressive). Untested writer.

Worst case scenario: we'll get something that is visually stunning but intellectually neutered. If they just try to stay true to the vibe that GITS gives off, it will probably be semi-decent.
by Ahren Sievers at 10:54 AM
Email ThisBlogThis!Share to TwitterShare to FacebookShare to Pinterest

Well, April is officially underway and this year's celebration of all things Cyberpunk is a little more low key than last. I still haven't gotten around to watching The Terminator Trilogy (not to mention the obligatory screening of all things Matrix), but I have delved into a few new things.

First up is Serial Experiments: Lain, an anime series that originally debuted back in 1998. For being 10 years old it has held up remarkably well, both from an animation standpoint and that fact that the show is all about technology and the Interwebs and something 10 years old could easily feel dated by now.

I am still only about 4 or 5 episodes into this series and judging by the trailer below, the shit hasn't even begun to hit the fan yet but here's what I know: Lain is an 8th grader isn't into computers at all, and doesn't go online, like, ever. This all changes when one of her classmates commits suicide but then starts sending out e-mails from beyond the grave. She says that she has given up her body and found God on The Wired (the Internet) and is inviting everyone to join her. Most people play it off as a sick joke, but Lain stays curious and weirder and weirder shit starts happening to her.

So far, the story and the animation style reminds me a lot of some of the Animatrix episodes, most notably Beyond.


Things I dig: the "sparse-ness" of it all (sometimes it seems like you're just looking at static images or a series vignettes). The presentation of The Wired (or lack thereof), and being creeped out but not knowing why.

Things that suck: Lain's traumatized, wide-eyed, whimpering demeanor (I think this is just a plot device, characters have made reference to her being a completely different person on The Wired, but it hasn't been shown yet. She will probably snap out of it eventually but sometimes I just want to reach out and shake her!) Next we have Tea from An Empty Cup by Pat Cadigan. I just picked this book up for the first time about 10 minutes ago to read the synopsis on the dust jacket so I'd have something to blog about. But from what I've read, it sounds pretty cool and actually kind of similar to Serial Experiments Lain. It also reminded me of Snow Crash by Neal Stephenson (which is one of my favorites), in that crimes are carrying over from a virtual world to the real one. This book also looks interesting because I believe that all of the major characters (the hero, the villian and the damsel) are female. Kind of rare of rare for Sci-Fi. Anyway, I am really looking forward to reading this, but I just haven't gotten around to it yet.

Things I dig: it looks like it will be faithful to the genre of cyberpunk. I haven't read it yet and don't know anything about so all the surprises will be there.

Things that suck: it's a book and I can't read. Lastly we have Robotech, which isn't really all that cyberpunk, but it is Sci-Fi and giant robots or, as Ryan Davis calls them, robits. I have never been into Robotech, I just never really got it. It also didn't help that the "Robotech canon" is seemingly vast and infinite and very daunting to a newcomer. I did a little research and found the DVDs of the original series (Robotech: The Macross Saga) and have been enjoying them a lot. If you're uninitiated, like myself, Robotech is about a big alien spaceship that crash lands on earth. The Earthlings go and check it out and find all kinds of sweet "robit technology" aka Robotech on board (is it pronounced Robo-tech or Robot-ech? For some reason I can't stop with the Robot-ech). So they tinker with it for a while and finally get the ship humming again. Just in time for an invasion by the other alien race that originally shot the thing down.

I've only watched the first 5 episodes, but it's great. It was originally aired in 1985 and holds up incredibly well. I feel much shame that I did not get into this earlier, but from an outsider's perspective it just seemed uber-nerdy... even for me.

There is also a rumor that Tobey Mcguire is going to be making/starring-in a live action movie adaptation, which could be cool so long as they throw an ass-ton of money at it and make it awesome.

Things I dig: ROBITS! Kids cartoons that aren't afraid to talk about death.

Things that suck: the episode The Long Wait, almost killed it for me. There were no robits. Just a stupid, stupid girl.

by Ahren Sievers at 8:29 AM
Email ThisBlogThis!Share to TwitterShare to FacebookShare to Pinterest

Fake & Shake describes any restaurant, sign or billboard that is decorated in red with black and white checkers or otherwise made to resemble a Steak & Shake restaurant. Used to describe a hot or live connection.

by Ahren Sievers at 5:28 PM
Email ThisBlogThis!Share to TwitterShare to FacebookShare to Pinterest

So, I've been out of action for a couple days now. I got myself sick, and I'm kind of pissed at myself for it.

I'm better now (still not 100%), but still afraid to go outside, which is a shame because the last two days have been gorgeous.

Anyway, just to catch up on some things:

by Ahren Sievers at 12:52 PM
Email ThisBlogThis!Share to TwitterShare to FacebookShare to Pinterest