I first signed up for Twitter back in 2007 on my original iPhone while bored at a wedding.  I've never been a huge social media user and in fact, I consider myself a follower of the Time Well Spent movement, but I liked the firehose nature of Twitter.  It was impossible to read it all and keep track of everything so you could just dip in and dip out whenever you felt like it.
We like to think that Twitter went to hell after what's-his-name took over the company, but it was a mess before that and the app Tweetbot helped eliminate ads, present a true chronological timeline and more.  When what's-his-name took over and people started leaving Twitter, I decided to stay (mostly out of laziness) but last week API access for 3rd party apps was suddenly cut-off.  And so that appears to be it!  I'll log in on the web every once in a while to keep my accounts active and make sure no one gets my usernames, and I've adjusted my notification settings to send me an email whenever someone sends me a message, but that's about it.
So, much like Will Smith over at shitty.blog, it's time to revitalize this space and use it to post all of the dumb shit I would normally reserve for Twitter.
So here you go:
Last week there was a piece of pizza in the bush between the houses and it was the highlight of my week. 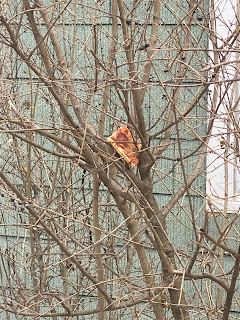