I have been obsessed with Cigar’s new album The Visitor.  From the sci-if novel aesthetics to to the ultra-precise speed and tightness of the band’s playing, this is an epic skate punk masterpiece.
I hadn’t heard of Cigar before they signed with Fat Wreck Chords for this new release.  Their last album was released in 1999 and then they went on a 20 year hiatus.  Sonically, it sounds like they’ve spent every hour of those last 20 years honing their sound.
Check them out! 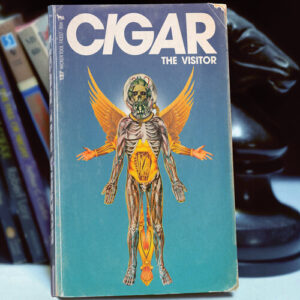