3D Printing in the time of COVID-19 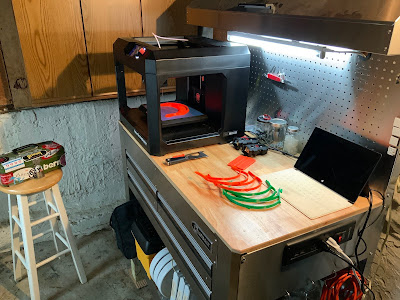 In March 2020, the threat of COVID-19 became real in the Chicagoland area and my library closed its doors as the Governor issued a stay-at-home order.  The library was effectively shuttered for 2 months and we all tried to work from home.

I have been using 3D printers since 2011 and I teach others how to use 3D printers at the library in my technology classes for teenagers.  The library has two 3D printers and I knew I wanted to get involved.  In the beginning there was a lot of conflicting information about whether or not an ordinary 3D printer that used PLA plastic could be of any service.  People were saying that since the PLA plastic was porous it couldn't be sanitized so there was no point in printing anything.  Others were saying since the PPE wasn't FDA-approved there was no point; hospitals couldn't use it.

I signed up with two organizations, the National Organization of Makers (which I was already a member of) and another private company, listing my qualifications, the makes and models of the 3D printers I had access to and my willingness to ship 3D printed objects to places that needed them.

I never heard back from either of them. 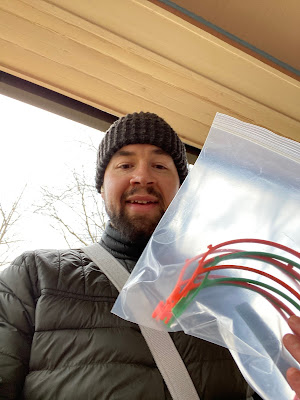 Then a random email was forwarded to me by the Business Manager of our library, Maureen.  She wasn't sure whether or not it was a scam, but it appeared to be a plea for help from a man in Oak Park (the village/suburb next door to mine).  I took a chance and replied to the email with a very brief, "I have a 3D printer and I can help, can you send me more information?".

In response, the man, Rob Parks, sent me a plethora of info.  He'd gotten a model of a 3D printed frame, assembled a prototype frame and showed it to his neighbor at Gottlieb Memorial Hospital (very nearby).  His neighbor approved and ordered around 70 frames, so Rob was scrambling trying to find people with 3D printers to start cranking out frames.  Apparently the lack of PPE was far outweighing the need for it to be FDA-approved and the porous nature of the PLA was not a deterrent to proper sanitization.

I had my wife Brooke drive me up to the library that night.  We collected the large 3D printer (the smaller one was too small to print the frame), some tools and a box of PLA filament.  I set up shop in our basement at home and printed 6 frames initially.

2 months later, I've contributed over 170 frames on behalf of my library to our groups overall 7,000+.  We've made the rounds on social media, the newspaper and most recently even the evening news.
https://www.oakpark.com/News/Articles/5-19-2020/'Noble-Army'-combats-COVID-with-face-shields/


I wanted to use this blog to assemble everything in one place.  The last 2 months have been a whirlwind and I would hate to forget any of it. 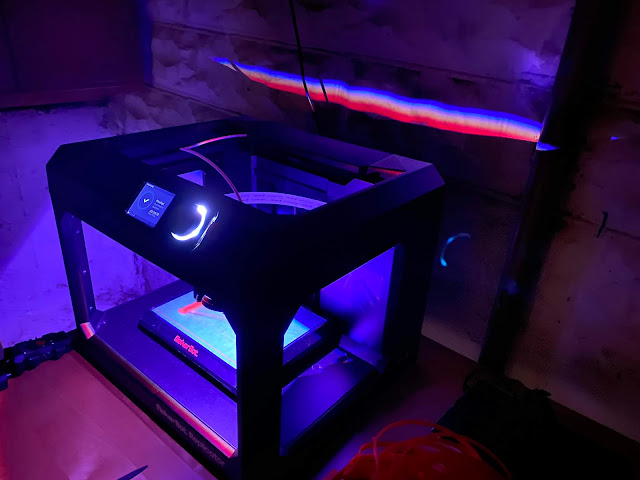 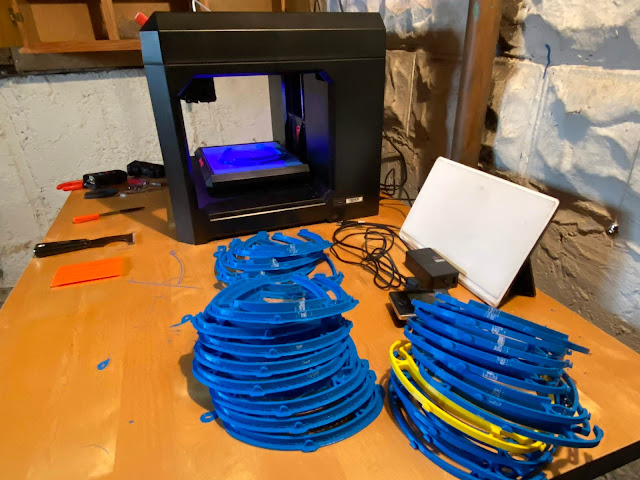 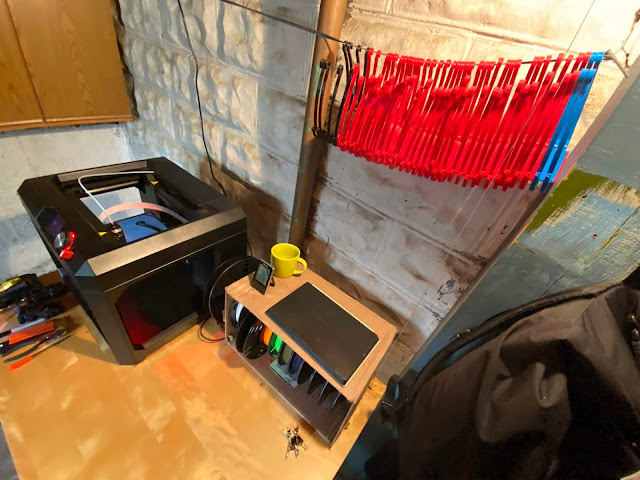 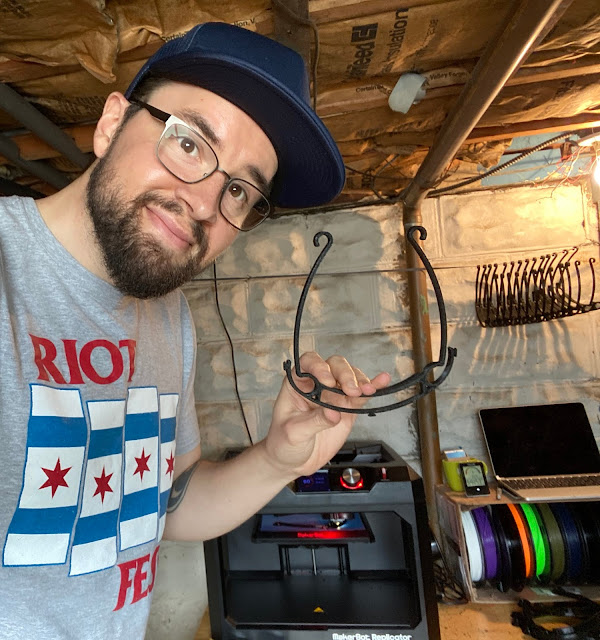