I officially became a Mac user almost 14 years ago.  I was a freshman in college and I needed a computer for school work.  I wanted a laptop and planned to take out a computer loan at my campus student center to get something nice that would last me for the next 4 years. 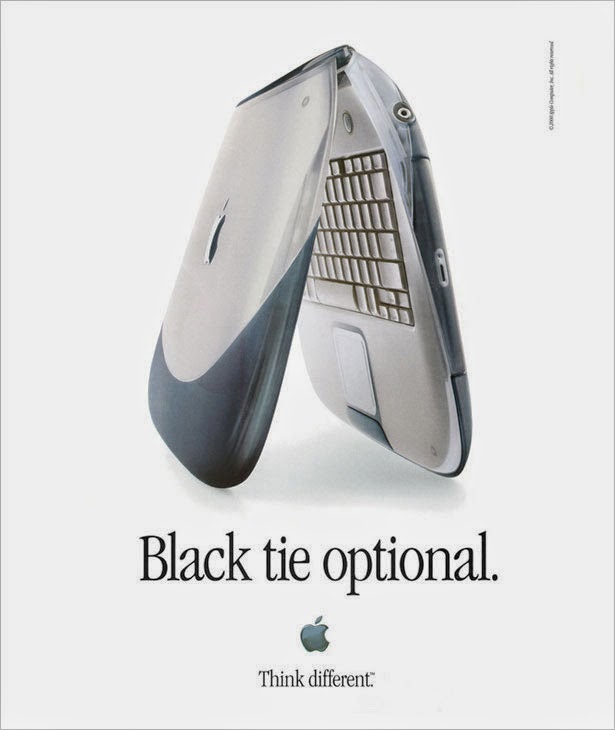 About a year earlier Apple had announced the iMac and shortly thereafter had introduced the iBook.  They were quite attractive, but I had been raised on Windows and was only vaguely familiar with the Mac's then-brand-new operating system, OS 9.

In the end my decision came down to a fully-loaded Dell Inspiron (or maybe it was a Latitude...) or a fully-loaded iBook SE with Firewire.  Believe it or not, when compared feature for feature the iBook was $200 cheaper and thus my decision was made easy.

Learning OS 9 was easy enough and I was constantly surprised by how similar Mac OS and Windows actually were, despite always believing that the two existed in alternate dimensions.

OS 9 was a decent and capable operating system, but I still managed to crash and wipe my system several times.  I learned the hard way (several times) never to user my computer while drunk and to never attempt to clean house in my System folder while stoned.  Ah, college. 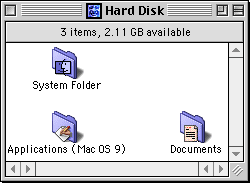 OS X was released my sophomore year of college and it was a revelation.  It's important to remember that at this point in time Windows XP hadn't even been released yet, so when people saw the eye-popping new interface of OS X as compared to Windows 2000 or Windows ME their jaws hit the floor.  It was a great time to be a Mac user. 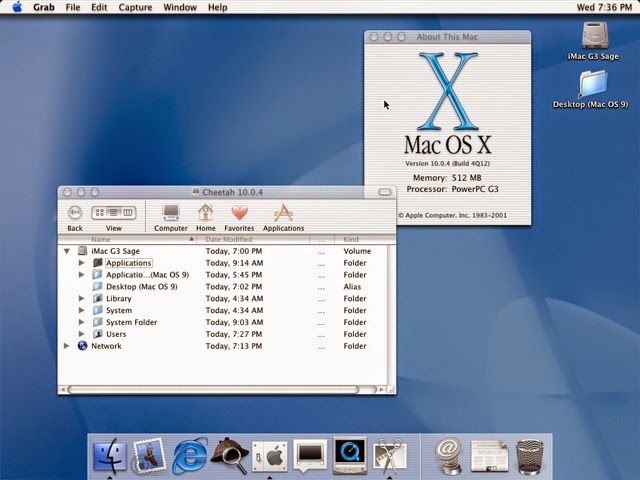 Later that year the iPod was released.  It was an interesting and compelling foray into the burgeoning market of MP3 players, but I was quite content with my Minidisc player.  Nevertheless, my dad surprised me with the new iPod that Christmas.  I quickly became enamored by the little chrome music player that one of my classmates initially mistook for a cigarette case.  Though, what truly captured my imagination was Apple's new promise that their Macs would become "the hub of your digital life". 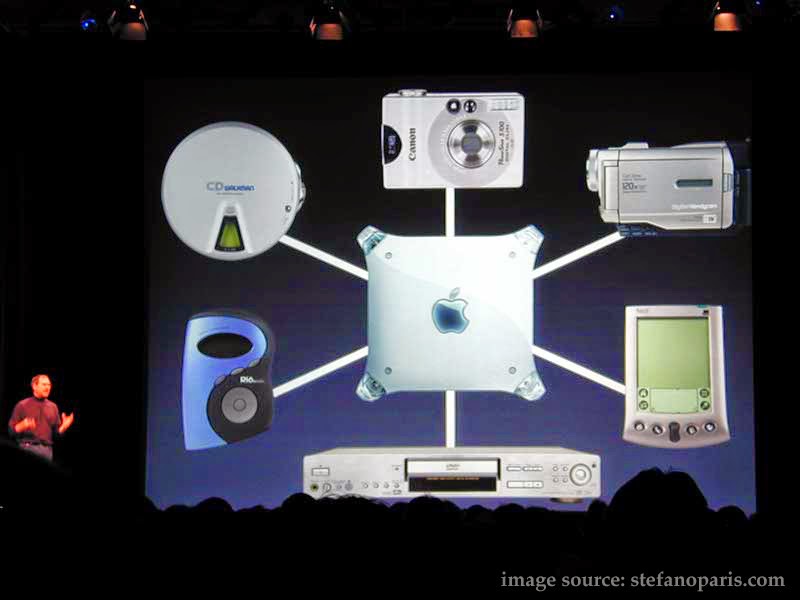 You could sync your music from your Mac to your iPod.  You could transfer your photos from from your camera to your Mac.  You could turn those photos into videos, burn them and play them on the DVD player in your living room and do all of it easily and intuitively.  It was literally promising.  I managed a glimpse at a future where all of our devices would communicate with each other effortlessly and the home PC would act as a nucleus.

The closer we got to that reality the further it seemed we had to go and every time a new device was released or functionality was added to the software the bar set itself higher.

Fast-forward six years to when the idea of device convergence had begun to take a hold of me.  I grew tired of carrying an iPod for music, a digital camera for photography, a cellphone for phone calls, a laptop for Internet access and a Gameboy to play video games.  Cargo pants were out of style.  Pockets could only carry so much and I was getting a little old for backpacks.

Apple debuted the iPhone and made a new promise.  Here's a device that does everything you want and does it well enough that you can leave all those other devices at home.  The first iPhone was a little rough around the edges, but I bought into that promise, not only of convergence, but also still chasing the idea that slowly but surely all of my devices would work together seamlessly.

As revolutionary as it all seemed, progress was slow.  The subsequent releases of iOS and OS X ran hot and cold in terms of the introduction of new milestone features.

OS X's marquee releases had always been packed with massive upgrades and huge new features.  That began to change after the release of OS 10.5 Leopard.  The following update, 10.6 Snow Leopard, introduced a litany of behind-the-scenes and stability upgrades.  To this day, Snow Leopard remains my favorite version of OS X, but new features and functionalities were meager and I was still left wanting for deeper integration with iOS.

What's worse, with the release of OS 10.7 Lion, long-time Mac users like myself were beginning to fear that the intersection of the two operating systems would result in a Mac that simply ran a glorified version of iOS.  Additions to Lion like Launch Pad and the Mac App Store gave me a sinking feeling that instead of my smartphone getting smarter my computer was getting dumber. 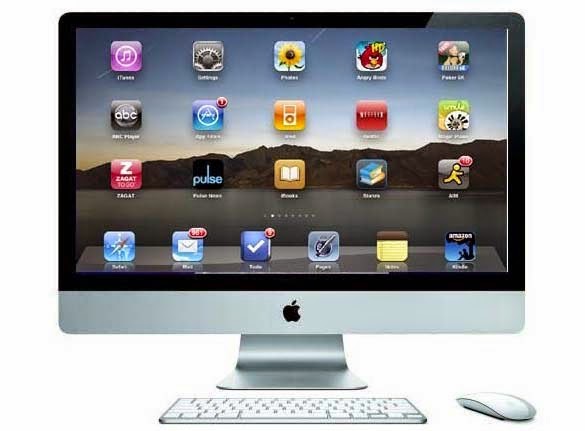 This was a tough time for me to be a Mac user.  The relative obscurity Apple-users lived in had truly started to erode as more and more people bought iOS devices (and considered buying Macs) and Apple's famed innovation was seemingly beginning to slow as competitors like Google and even Microsoft began to create more intriguing products.  The enjoyment of being in "the Apple club" was waning.  My fellow Apple users were getting "douche-ier" and dumber and the intuitive software design and inspiring products were drying up.

I was primarily using my new iMac to run Windows 7 (another phenomenal operating system) and playing PC games.  I was seriously considering switching to a newer, fancier, sleeker, larger Android phone.

iOS 7 was a radical redesign and a breath of fresh air.  It introduced a bevy of new features, but for all it's strengths it was still a new coat of paint on an old product.

OS X Mavericks was an interesting new direction for the desktop OS but Apple's new direction of supplying annual updates to OS X with just a few token new features was underwhelming.

It felt as though Apple was meandering directionless. 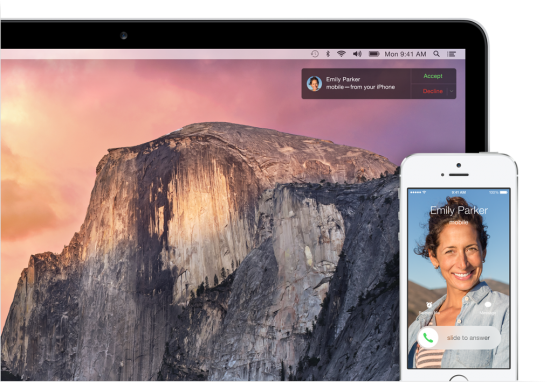 Fast-forward again to the now.  On June 2nd, 2014 Apple announced another revision of their software offerings: OS X Yosemite and iOS 8.  It marked the first time I have been excited by one of Apple's OS X upgrades since 2007's OS 10.5 Leopard.

The reason?  Quite simply: massive integration between iOS and OS X.  Apple promises to let us place phone calls and send SMS messages through our computer, pass tasks like writing emails or editing documents back and forth seamlessly and do so in a more unified interface across both devices.  With new SDKs, extensibility and even a new programming language there's now even more promise than ever before that things will continue to improve.

The announcements reignited the idea of having tightly integrated devices with inherent functionality that are enjoyable to use.  It also rekindled my desire to be a part of Apple's technological vision.

With Yosemite and iOS 8 it seems that Apple has rediscovered what has always made Apple special.  By controlling hardware design and software design you can exert complete command over your experience.  This is why Apple products have always been touted as able to "just work" and innovations can occur more freely without the need to coordinate with 3rd party developers and hardware manufacturers.

Apple is now positioning itself to unify it's mobile and desktop experiences in a much greater capacity in a much more compelling way.

It is finally, once more, an exciting time to be a Mac user.

But the bar is ever-rising.  The more new features and functionality that are added, the more we will request and Google, Microsoft and the others continue to make truly awesome products that offer stiff competition.

My only hope is that Apple will finally make good on the one promise they have never delivered on.  All I truly want is for my iPhone to be able to "hand-off" my current song and resume playback on my Mac or vice versa, just as it was almost promised back in this original ad for the first iPod:

It's all I've really ever wanted.

Gina said…
Ahren - I'm super excited about the Apple announcement, too! Once I converted from my Dell Latitude to a MacBook I've never looked back. Same with the iPhone.

Probably less interesting to you but as a healthcare IT person I'm also excited about their new HealthKit system that is rumored to integrate with patient facing components of the electronic health record. It's about time!
12:23 PM, June 08, 2014

Ahren Sievers said…
Yes! HealthKit is really exciting. At first I thought it was just going to be a central repository for fitness apps like Nike+ and Fitbit, but the implications that health care professionals can use it too is pretty awesome.