Lost to the Ages

It's crazy to think that there are films out there that never made it to DVD.  They saw a release on Laserdisc or VHS, but never made the jump.

We're getting to the point where it's hard to believe that something like a movie or a song can fade away and die.  Sure it's popularity might decline, it might be overlooked or derided, but a piece of media's availability is almost never doubted.  I know that The Matrix: Reloaded is generally an unfavorably regarded movie, but if I love it (and I do) I can go to iTunes or Amazon or Blockbuster or Netflix and I can track down a copy.

That's why it's interesting to me that of all the media formats out there, there are some that don't quite have longevity figured out yet.

We've seen our favorite albums released on vinyl and then 8-track, cassette, CD and MP3.  We've seen all of the movie formats and then some, but what about video games?

We're at the point now where video games (and I'm mainly speaking of the home console variety) are about a generation old.  Video games are easily pushing 40.  My first reaction is to start talking about preservation, but preservation isn't the problem.  Anyone can take a factory sealed Nintendo Entertainment System and a factory sealed copy of StarTropics and lock them away in a humidity controlled vault somewhere.

No, I think the idea I want to explore here isn't preservation but prevalence.  I'd like to live in a future where older games can be purchased and played just like classic movies.  Albeit, we've already seen a resurgence in the prevalence of "classic" video games.  The old school stuff like Space Invaders, Galaga, Pac-Man and Dig Dug.  It's all out there on just about any platform you can think of.  But what about those other games that came out around the same time and have since fallen into obscurity.

The PC is probably the shining example of how to do old games right.  It's not a perfect eco-system, but chances are if you've got a game that ran on Windows back in the day, it can probably still run today.  It's exciting to think that barring any kind of crazy hardware compatibility you can still play Wolfenstein 3D largely unchanged from the way it was in 1992.

The problem with home console video games is that those games and the hardware they ran on were so inextricably linked that it leaves us with only three options should we want to replay them now.  The first is the obvious but cumbersome one.  We can lug out our old equipment and hook it up.  With the jump to HD, this could be impossible nowadays (I'd have no clue how to connect an RF switch to my Bravia).  If you can get everything working your picture is still going to look terrible without an upscaler.  HD TVs are rather unkind to old sub-480p content.  Lastly, everytime you drag that stuff out you get closer and closer to the day it won't work anymore.

The future proof way would be to use an emulator.  Emulators are software engines coded to behave like those old video game consoles.  The problem with that is that since there's no way to hook your game cartridge up to your computer and your optical media-based games can't be read by the blu-ray drive in your computer, you have to go to shady websites and downloaded pirated ROMs of the games you want to play.  Now you're a criminal, and unless the emulator and ROM were done well, your game may not play even closely to the way you remember it. 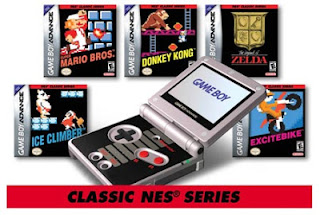 The last way to to enjoy those old games is through re-makes and re-releases.  This phenomenon has been going on for quite a while now.  The first major rush on our nostalgic tendencies I can clearly remember were the re-releases of NES classics on the Game Boy Advance with Nintendo's Classic NES series.  This was the first time I could remember an old game being repackaged and resold (at a ridiculous price) back to the people who had already bought it.  As insulting as it may have seemed, it worked.  Players didn't want to drag out their NES, if it even still worked, and buying these old games again scratched that nostalgic itch.  This idea has been adopted by just about every video game company with an old, well-regarded game worth re-releasing, but the trend has gone from selling a straight re-production of the original to compilations or collections of games to remakes of games and now to HD remakes and collections.

And here's where we get to the real meat of the issue.  When a company sets out to produce an HD remake of a game, even if the remake is simply "up-resing" existing assets and putting out a prettier version of an old game, that company is going to need a team, and money to pay that team.  If you have to pay that team, then you expect to recoup your investment.  If you expect to recoup your investment then you choose your remakes carefully and only choose those that are likely to turn a profit.  The list of video game remakes is surprisingly (or maybe unsurprisingly) short.

So far, this model isn't actually sounding too different than the movie or music industry.  Media that is good and popular or has some kind of merit will continually be brought to future formats.  Media that is bad will fall by the wayside.  Except with video games there's an extra wrinkle and that is rights management.  For example every once in awhile in the other industry, a record label goes under and the rights to their catalog get trapped in legal limbo, or a book publisher refuses to make ebook versions of their titles available.  However with video games, often times the companies can still be in business, healthy and profitable, but unable to release their old games because they don't have the legal right.

There are plenty of scenarios, but one example is the James Bond game 007: Everything Or Nothing.  This game came out in 2004 and was developed by EA and MGM Interactive.  Since 2004, the video game rights to the James Bond franchise have changed hands to Activision while MGM has since fallen under the umbrella of Sony.  007: Everything Or Nothing, was an impressive, big budget game featuring the voicework and likenesses of Pierce Brosnan, Judi Dench, John Cleese, Willem Dafoe, Shannon Elizabeth and Heidi Klum.  An HD remake would be something to truly behold, but it will likely never happen because of the legal gymnastics required to bring it back to market. 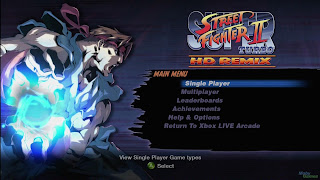 It's a complication that seems to be rather unique to the video game industry and one that will require more attention as we move forward on to new consoles.  It will be especially interesting to watch the PS2-era games (referred to as the sixth generation) age.  These games have been the most frequent recipients of the hd remake treatment, but plenty of deserving games are getting left behind.

There is no ready-answer or easy solution, and it's likely that unless we keep those old boxes lying around, some of those old games will not be playable any other way.  With the next offering of consoles on the horizon, however, I hope some attention is turned to longevity and giving video games a permanent digital shelf space so that they can be enjoyed perpetually long after we've moved on to the next-next Playstations and Xboxes.
Email Post
Labels: Digital Media hd vs sd Longevity Longtail effect Publishing Video Games