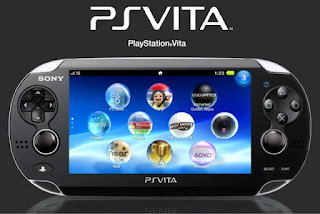 The Playstation Vita has been loosed upon North America and I found myself with a pre-order for a new video game console for the first time since the Nintendo 64.

The decision to go ahead and invest in Sony's new handheld was a tough one.  Especially when you consider the Playstation Portable's lackluster impact on the world of video games and consider the future ramifications of device convergence (i.e. portable games on smart phones).

Historically, I have been all about the idea of convergence.  I remember when I was in college and carting around a feature phone, a digital camera and an iPod and desperately wanting a better solution.  It was good that cargo pants were fashionable back then, because they were an absolutely necessity.  Dockers even had a special pair of trousers they marketed exclusively toward gadget hounds.  With the advent of the modern smart phone, we consider it unthinkable to have to carry multiple devices any more.  In fact, I sometimes wonder why no one has yet thought to use the camera and the touch screen on a smartphone to enable the device as a bluetooth wireless mouse for a desktop computer.

Anyway, being able to take pictures, listen to music, surf the web and occasionally make phone calls on my phone is great, but playing games is not.  I tried.  I made the leap several times and downloaded game after game.  None of them were terrible, but none of them felt natural to me.  Bear in mind, I'm not talking about games like Cut the Rope, or Angry Birds.  I'm talking about 'game' games.  Stuff like Firemint's phenomenal Real Racing series, or platformers like Pizza Boy.  I wanted to play games that reminded me of the types of console games I already enjoy.  And plenty of developers swooped in to fill the void left by the absence of big publishers/developers on mobile devices.  Gameloft alone introduced (or reintroduced) the Asphalt series, the N.O.V.A. series and the Shadow Guardian series as a substitute for Burnout, Halo and Uncharted.  I tried all of them.  All of them were decent and none of them were as good, to me, as the real thing.
Finally, I realized that the best games you can play on a modern smart phone are the ones that were designed from the ground up for a smart phone.  Stuff like Tap Tap 4, Shibuya, or any of the phenomenal pinball games by GameProm are great because they're designed for a touchscreen.  Those other games are trying to shoe-horn in controls that were built for more traditional video game controllers and while it's manageable, it's just not preferable.  Plenty of "hardcore gamers" have complained about this, but what are the alternatives?  Nintendo has the DS and more recently the 3DS, but Nintendo also has a serious lack of understanding when it comes to the Internet and the online services that we all expect in a modern console or even a smart phone.  Then there was the moribund PSP.  An amazing device when it was released, with a massive and gorgeous screen and real controls (although desperately lacking a second analog stick) but the PSP's downfall was it's lack of games.  Sure there are a handful of great games for the PSP, but never enough to push me over the edge to actually buy one.  The same can be said for the Sony Xperia Play, a genuine smart phone with genuine buttons designed for gameplay, but running the Playstation Suite which has a serious dearth of games.

Enter the PS Vita.  The Vita instantly alleviated a number of concerns I had never gotten over with the PSP.  First, there are two genuine analog sticks to control games.  There's a full compliment of buttons and a d-pad and the Vita also seems to be embracing the digital side of gaming with access to the same friends list, trophies and store I already have on my PS3.  I can purchase games straight from the built-in store over wi-fi or 3G, and the Vita has a featureless but functional web browser, a movie store and the possibility of dedicated apps like Netflix, Twitter, Flickr and whatever else may come down to the pipeline in the future.

To top it all off the Vita has an even bigger even more gorgeous screen and this one is touch enabled.  Throw in accelerometer/gyroscope Sixaxis technology and you have a rival for any touchscreen smart phone on the market. 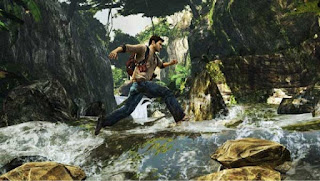 Graphically, the Vita is a beast of a machine.  It is a portable gaming device that is capable running games that will rival things that you've traditionally only been able to play on consoles.  Take one of the Vita's flagship titles Uncharted: Golden Abyss as an example.  Uncharted has always been a series famous for larger than life moments with gorgeous graphics and tight controls.  The idea of playing an Uncharted game on a handheld seems pretty ridiculous, but the developers at Bend studios and the hardware of the Vita pulled it off rather well.

One of the major criticisms of the Vita, however, goes back to that idea of convergence.  Now that the consumer has gotten used to carrying one device that can do anything, and more importantly, paying for games that are rarely priced above $10 (the majority of which are .99¢), are consumers interested in going back to multiple devices and even if they are willing to carry a separate, much larger device, are they willing to pay $30, $40 and even $50 for games?  Even if those games are massively better in terms of quality and depth?

Many analysts and pundits believe that the Vita was doomed even before it was released, contending that Sony's new handheld is simply on the wrong side of history.

I went ahead and took the plunge figuring even if the critics are right, there are bound to be a few great games for the system, just like the PSP.  I'd even be able to go back and find those old PSP games that I missed and play them on the Vita.  Not to mention the screen is larger and lovelier than my iPhone 3GS and will be well worth lugging along when it comes time to watch a movie on an airplane or something.  I'd also been craving a secondary console that I can play when the TV in our living room is in use.  Sometimes I feel guilty playing something like Super Street Fighter II Turbo HD Remix (a remake of a game that was originally released on the Super Nintendo and Sega Genesis) on  my household's only television.  When my wife wants to watch Downton Abbey, I'd love to be able to go sit in an easy chair and continue to play my games.

So the deck was already stacked in such a way that the Vita was going to fill a desire that I'd had for a while.

But when I actually got my hands on the Vita, I had a whole new thought.  First off, I realized that the hardware of the Playstation Vita is just as phenomenal as we all expected.  It sounded impressive on the specification sheet and it's just as impressive in person.  The software on the other hand is decent, but far from perfect.  But just as the PS3 progressed in functionality to where it is today (remember when there was no background downloading?) the Vita, I'm sure will improve with time.  The second thing I realized is that the appeal of the Vita lies in its' potential for gaming without compromises.  The argument about gamers being unwilling to pay high prices for games was rendered moot.  When I first picked up my Vita, I downloaded a number of demos but didn't really find anything that was wowing me.  There was nothing that was capturing me, at least not for $30-$50 launch prices.  That was until I took a chance and downloaded a little game called Tales from Space: Mutant Blobs Attack.  This $7.99 download-only game instantly delighted me with it's quirky sense of humor, tight controls and original game mechanics.  I can't recommend it highly enough.  As one of the cheapest, if not THE cheapest launch game in the Vita's line-up, it was a revelation.  The future of the Vita was in choice without compromises.  You could have simplistic smartphone touchscreen games like Angry Birds and you could sell them in the Playstation Store for .99¢ along side expansive and impressive $50 games like Uncharted: Golden Abyss and gamers could have their cake and eat it too.

I eventually did buy the new Uncharted game and I'm loving that as well.  It's well done and in my opinion, better than the first Uncharted game.  Will the Vita pan out?  Who can say for sure.  At this point I feel like it is guaranteed to be more successful than the PSP was, but will it be a viable platform filled with a variety of games?

I stand by my choice of the Vita because I hope to be able to play games, big and small and all without running down the battery on my phone.
Email Post
Labels: Game/Review Technology What's Cool