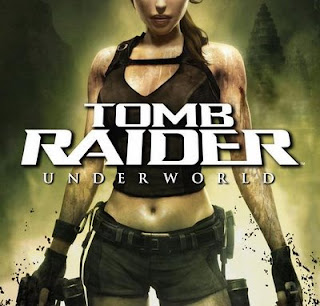 It is impossible to talk about Tomb Raider: Underworld without mentioning the game's predecessor, Tomb Raider: Legend, and to a lesser degree, Tomb Raider Anniversary.

These three games now as a trilogy, with Legend and Underworld being completely interwoven and Anniversary serving as back story. These 3 games are also the new Tomb Raider games developed by Crystal Dynamics, and serve as kind of a re-focusing for the franchise.

Underworld picks up precisely where Legend left off. Lara is continuing her quest, following in her father's footsteps to find her missing mother. There is a short synopsis that sums up the events of Legend in one of the menus of Underworld, but short is almost an understatement.

The story isn't the only thing that will be familiar to those who have already played through Legend. The gameplay of Underworld is largely unchanged, but boasts a number of improvements. This time around, Crystal Dynamics sought to give players as much freedom as possible, which means more climbing abilities for Lara, and the removal of seemingly needless limitations such as the inability to jump diagonally.

The combat has also seen changes, but they feel largely unnecessary. Lara can now activate 'bullet-time' by filling an adrenaline meter, rather than when executing special moves as was the excuse in the previous games. Most of your favorite weapons make a return, such as the shotgun, assault rifle and dual submachine guns. Later in the game Lara even gets to wield Thor's hammer. As for gadgets, it's the same as before, a rope gun, a bottomless backpack, an invaluable personal light source (flashlight), and a camcorder that really just serves as binoculars. There were a few moments where Lara has to use her rope gun in slightly unorthodox ways in order to progress, but throughout most of the game, and with exception of the flashlight, you really won't be using Lara's gadgets much at all. 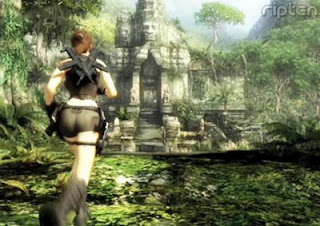 The visuals in Underworld are the most impressive yet for a Tomb Raider game. Obviously, that's not saying much considering that at the time of writing this, this is the only Tomb Raider game available on current generation consoles. Compared to Tomb Raider: Legend and Tomb Raider: Anniversary the game looks astonishing. Compared to other current generation titles, like Uncharted: Drake's Fortune or Assassin's Creed, Underworld holds up, but doesn't stand out. Where Underworld really shines is in its lighting. The light design is extremely well done. Lara and the creatures that are after her all cast real-time shadows. What's more, several level sections are completely pitch black, with nothing but Lara's flashlight or the headlight from her motorcycle to light the way.

One major problem with the graphics was that the game suffers from a jittery kind of glitchy-ness that generally attacks during in-engine cut scenes. It's nothing major, but definitely distracting when it occurs during the moments you're supposed to be paying attention to the story. Another perennial problem with Tomb Raider games is the camera, and this game is no exception. The camera generally does a good job of adjusting depending on where Lara is in the level. It seems like the designers designated good angles for the camera to take based on where Lara is in a particular environment, however once the user tweaks the camera with the right analog stick, all bets are off, and if Lara is backed into a corner or tight space the camera has a tendency to go haywire. This can be especially frustrating during combat. Once nice touch with the camera, though is the Gears of War-style shakey cam that follows Lara when you make Lara sprint.

Stylistically, the graphics are realistic, but Lara and the cast of Underworld all maintain the slightly exaggerated almost cartoon-like character designs from the previous two Crystal Dynamics Tomb Raider games.

The sound in Tomb Raider is decent, the music shines more so than the previous two games. Some of Lara's grunts, and screams are recycled from previous games. Sound effects generally sound good, from footfalls to gunshots, sounds will echo depending on the environment you're in. Enemies can generally be heard before they are seen and the voice acting is decent, if not a little hammy in spots.

Underworld is not a challenging game. The game clocks in between 6 and 10 hours long. It's short, and honestly, I wouldn't have wanted it to be much longer. The game takes you to a good variety of locales (although it would have been nice to visit a city akin to the Tokyo level in Tomb Raider: Legend) a few more levels wouldn't have hurt, but may not have necessarily helped either. The game's length is relative to being able to solve the puzzles that Lara encounters along the way. None of the puzzles are diabolical in any serious way. I got stuck a few times and had to look for help, but everytime, my problem was that I had overlooked something painfully obvious or didn't realize that I could interact with an object in a certain way necessary to progress. The game does have multiple difficulty levels, but those only seem to affect the combat in the game, making enemies more plentiful and harder to kill. As far as I can tell, the difficulty level has no impact on the puzzles. You can breeze through Underworld in a handful of sittings. Underworld is shorter than Legend and Anniversary, but it's an extension/continuation of Legend.

The bottom line, is if you're a fan of Lara Croft and the Tomb Raider series, or if you played through Tomb Raider: Legend, you need to play this game. Tomb Raider is the best looking game of the series and the basic elements that you enjoyed in previous games have all returned (in addition to some of its pitfalls). The story picks up right where Legend left off, so in some respects, Underworld kind of feels like half a game. On the other hand, if the game were longer or more drawn out it would risk becoming repetitive or dull. Underworld is a quick 6-8 hour experience that probably disappointed people who paid full price for the game, but now, as a rental or picked up at budget price will not induce buyer's remorse.