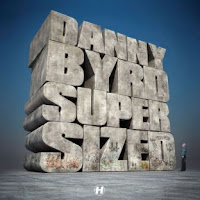 So there you have it. A much less embarassing list than years past, but not without it's blemishes. Jason Mraz's infectious Jack Johnson-isms wiggled their way into my brain this summer with his cutesy song "I'm Yours". David Holmes' soundtrack to Ocean's 13 took several spots, due mostly to the songs short lengths and repeatability. Danny Byrd's "From Bath With Love" was easily one of my favorite songs of the year, while "Jacques Cousteau" snuck into the number 5 spot thanks to it's inclusion in my sleeping playlist (which used to get played every night before bed). "Thundersounds" has a wicked hip hop-inspired funk groove and features the illest MC of all time, Percee P. "Der Tonkopfreiniger is not only fun to say, but is relentlessly easy to listen to and was a free download from Little White Earbuds (back before they stopped giving out music for free). Speed Racer was downloaded during a moment of weakness and played on repeat during my hour-long walk to the theater to go see eponymous film, and "Laptops" showcases David Holmes doing his best Roy Budd impression in the always on-point Ocean's [insert number] film soundtracks.
An honorable mention must go out to "Soulsearchin'" by Young Ax, another of my favorite D'n'B tracks of the year which squeaked in at number 11.
by Ahren Sievers at 8:15 PM
Email ThisBlogThis!Share to TwitterShare to FacebookShare to Pinterest

Did I ever tell you how I ran into Percee P in LA? I was walking into "Funky Soul" night at this (since closed) Hollywood club called Star Shoes. DJ Egon (of Stones Throw) spinning his regular Saturday night slot there. Perseverence had just come out and Percee P was outside the club on the street talking to people & peddling his wares. Very affable guy. Only reason I didn't buy one was cuz I can't really carry anything else when double-fisting drinks. This is Joey by the way.

That's awesome! Listening to his voice, I would never have recognized Percee P before actually seeing him in a music video. I never would have matched that voice to that face.